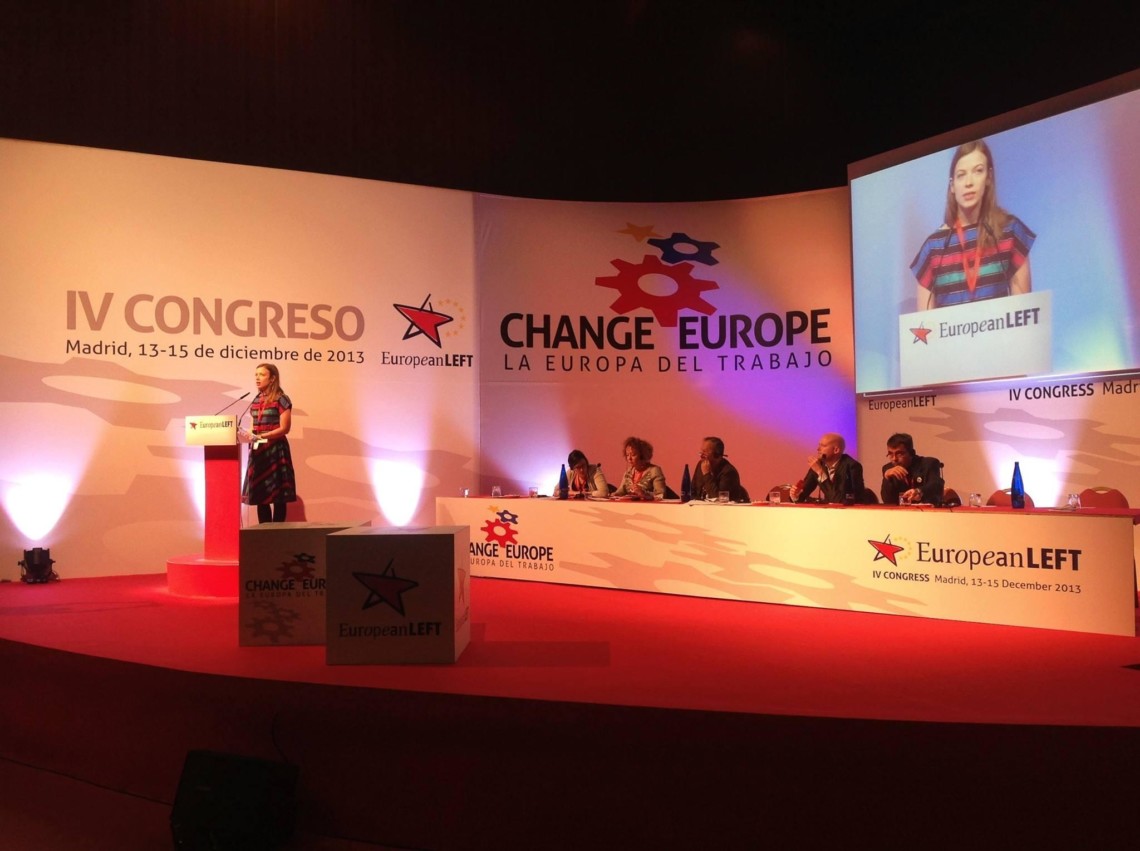 and greetings from the Left youth and from the delegation of the Left Alliance from Finland, a land which in this room is probably most known for its strange six-party government coalition and consensus politics. A week ago, the Finnish consensus was rocked by the first demonstration in many years turning violent that we’ve seen in Finland. The Finnish recently elected right-wing president, Sauli Niinistö, held his first independence day ball, to which only the creme de la creme of Finnish society is invited. A demonstration was held in connection to the independence ball, which ended in confrontations between a small group of the demonstrators and the police. There were no big damages to people or property, but the media response was still huge. The most interesting response though was from the right-wing prime minister Jyrki Katainen. Being asked what he thought about the demonstration, in which people had been chanting “class war”, “class war” and breaking windows of banks, he actually responded “I do not see a political message in this”.

we are living in a time when the right wing publicly refuses to see anything political in a concept such as  “class war”. But what are we supposed to talk about if not “class war” after everything that has happened in Europe during the last years? Austerity has taken over public sectors, labour markets, civil society, political strategies, governments and unfortunately, also the mindsets of far too many persons in Europe. This year, I’ve had the possibility to travel around Europe and speak to people from many movements and parts of the society, and their message has been one of tiredness and disillusionment. Disillusionment above all by politicians and parties only capable of talking and sitting in meetings, but uncapable of bringing about real political change when in power, uncapable of being present in the every-day struggles of people. This tiredness and disillusion is the big challenge of the left, looking out of this room and to the future.

But looking to this room and to the present moment, there is great symbolism in meeting here in Spain. Spain is a text book example of what this crisis is really about. It is not, on the contrary to what the right wing is trying to brainwash us into thinking, about a “too big level of the public debt”, not about “a too big public sector” or “too high wages”. It is about private debt and speculative investments, banks ruling countries and nations and it is about housing. The Spanish housing bubble and how it has been dealt with is a classic example of what “class war” means today. Class war means 400 000 families being evicted of their homes since 2007, after failing to be pay their mortgages, left without a home but with a debt that the bank still wants you to pay. Today these houses are the property of the banks and many of them are being kept empty.

In Finland, a country which economically is in a much better situation, many economists are now warning about a housing bubble. Rents are on an unbareably high level, leaving a growing number of young people homeless, rents eating up the major part of what people earn and housing mortgages forcing many to live indebted for life. The Left Youth of Finland is currently focusing its strength on housing, through a new campaign demanding more cheap, publicly owned rent-flats for the people, a subjective right to housing to be respected by the authorities and a stop to the segregation of housing which is happening in many cities.

Personally, I believe that many times, the youth organizations succeed in focusing more on the movement than on formulating the demands, more on the action than the meetings. I think this is a mindset the left all over Europe needs and I hope all delegates present recognize the importance of supporting the youth organizations and the international co-operation that we are trying to do.

Therefore, dear comrades, I want to end by highlighting the resolution proposed by Die Linke, on the co-operation between EL and ENDYL in organizing youth conferences every year. The youth is on the streets all over Europe, we are a part of that struggle, and the youth organizations need the possibility to organize internationally. 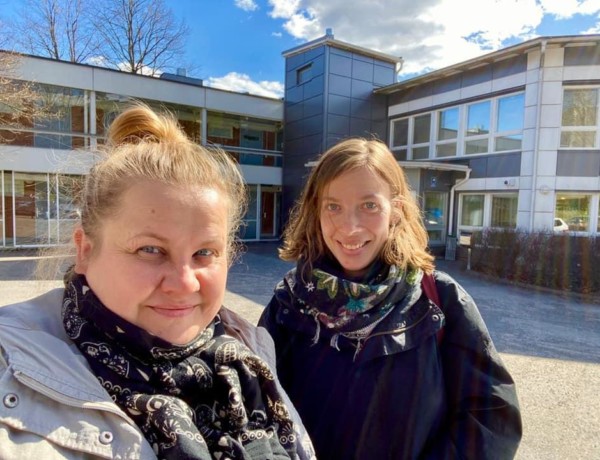 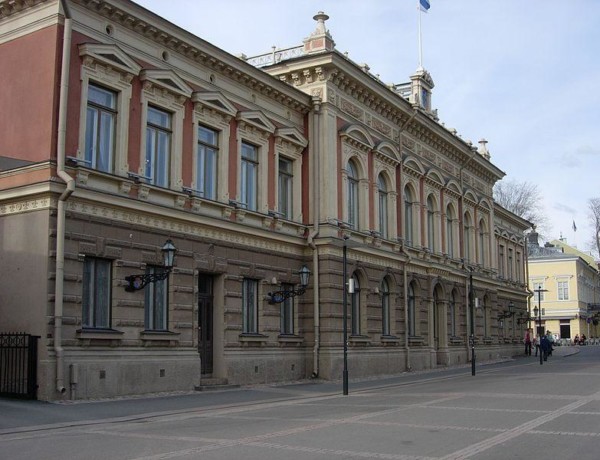 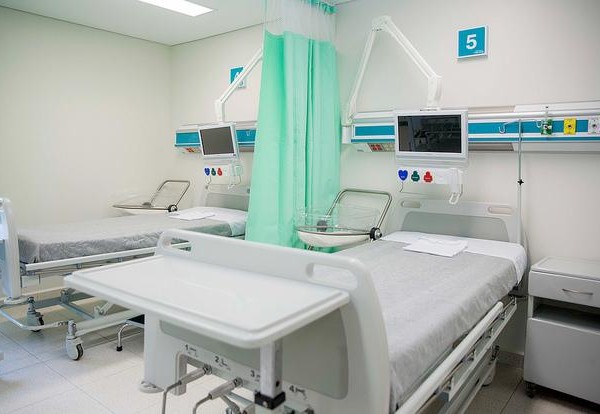