Opening speech at the Future of the Arctic climate-seminar 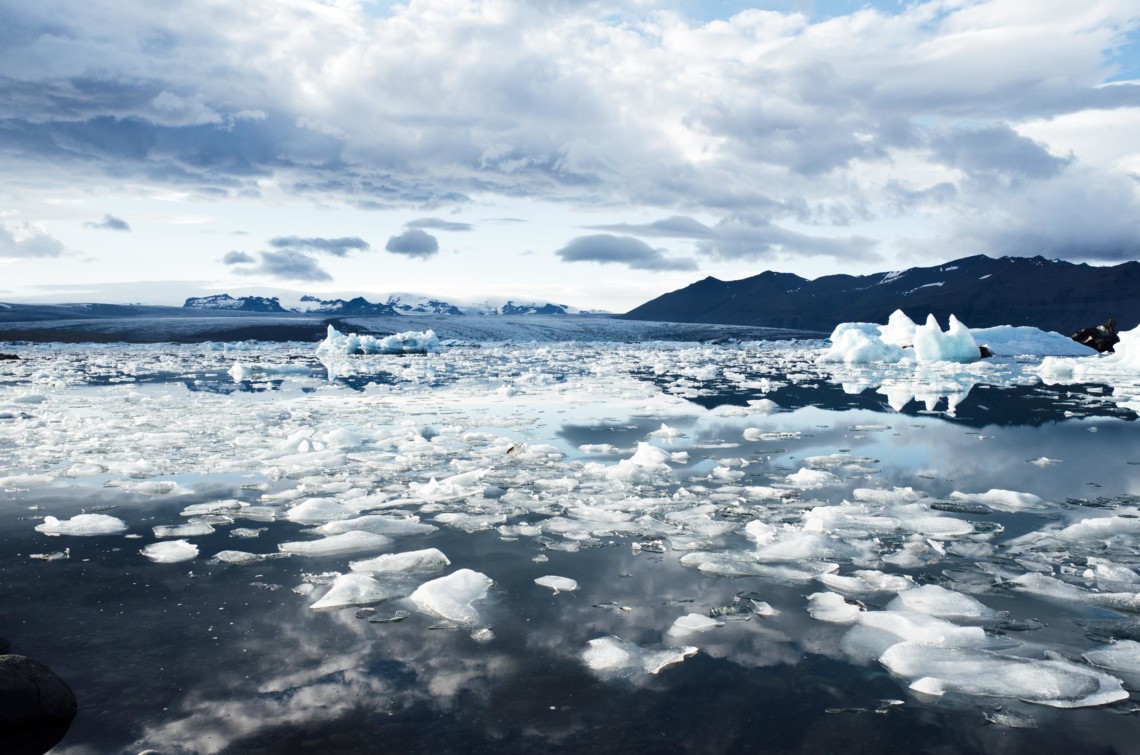 I think all of us involved in party politics at more than one occasion have found ourselves using a tremendous amount of energy fighting over details. And while the details themselves are important, concerning the services, income and everyday lives of the people we are elected to represent, the problem is that this focus reduces our political agenda into a timeframe of the near future, or at maximum of four years. We are so preoccupied with the miseries of today and the challenges of tomorrow that we are unable to direct our attention to the future and the bigger systemic issues.

As a result, political parties are increasingly incapable to present visions for a better future and to address the most important challenges facing humankind through the decision-making processes of electoral politics and representative democracy.

We cannot afford to let that happen. Without visions for the future, our political movements will not succeed, and without big plans and big changes, we will not be able to stop climate change.

One of the most memorable experiences I have had in a long time was a visit that I and a colleague of mine did to the University of Technology of Lappeenranta in eastern Finland this summer. I thought it would be just like many other visits that I’ve done, discussing research and the educational policies of the government. Instead I got to hear one of the most mindblowing presentations about climate change that I’ve heard in a long time.

The researchers presented two projects they were working on in co-operation with VTT Technical Research Centre of Finland. The aim of the first project was nothing less than developing a renewable fuel as a substitute for oil – made out of air and solar energy. And this was not only an ambitious aim, they actually presented the product itself.

They have constructed a demo plant that consists of four separate units through which the whole production process is done. Carbon dioxide and water is separated from the air, electrolysis is used to produce hydrogen and synthesis equipment is used to produce crude-oil substitute from carbon dioxide and hydrogen. Although the process and technology is still far from being commercialized and transformed into large scale fuel production, it does exist – and it works!. What they showed us was basically that it is possible to replace oil by a renewable fuel made out of air and sunlight.

The other project they presented aimed at nothing less than separating food production from the surface of the earth. So, they have invented a method that allows them to produce protein from air and electricity. Basically it means you can create food out of air and solar energy. This process is also still far from being used on a mass scale, but the technology exists and it is working.

Looking at samples of the fuel and the proteins they had created, I started feeling ashamed of how far away from these kinds of innovations our political debates are. These scientists had decided to start developing solutions to the biggest challenges facing humankind and their main message to us as MP’s was: the problem is not the technology, it is the lack of political ambition and vision.

These innovations are also good examples of the vast consequences climate change solutions can have for the global distribution of both wealth and power. Imagine a world where electricity, fuel and protein can be created from resources anyone can access: sun and air. If or rather when this technology is made accessible to anyone, we will be talking about one of the most profound redistributions and democratizations of resources and power that this world has seen in ages.

The democratization of power and the redistribution of wealth is an aspect of the transition to a renewable energy system that the left should emphasize greatly. Power redistribution is also the reason these solutions will be met with resistance, and the reason why the market-based mechanisms to combat climate change that the right has promoted are an insufficient answer. It is true that the markets have begun to work, the price of solar energy is going down fast and battery technology is developing quickly, making coal a less and less viable and economically profitable alternative. But the transition is still too slow.

Approximately 60-80 percent of known fossil fuel resources must be left unused if we want to limit global warming to two degrees. These are resources already written in as assets in the balance sheets of big fossil fuel companies, creating what economists have been referring to as the carbon bubble. To stop global warming, these assets must be left underground, at the same time as we develop and spread different renewable energy technologies. For the transition to a renewable energy and zero carbon economy to happen, democratically elected political leaders must use the tools they have at hand.

It is too late to let the short-term corporate interests of big companies dictate the agenda or the schedule for cutting emissions. The Finnish government has set out to be the first country in the world to ban the use of coal, by 2030. Sweden has decided to have 100 % renewable energy by 2040. Similar decisions need to be taken globally, to get binding agreements to ban the extraction of more underground fossil resources. A global carbon tax would be a powerful tool to increase the market prices of fossil resources, such as oil, and to speed up the transition to renewables. As electric cars are becoming cheaper, countries are now planning to ban the selling of cars using fossil fuel altogether.

The left must also address the climate policy of Trumpist movements. The populist right-wing in most Western countries are using the fight against climate change as part of their enemy portrait: they are making the fight against climate change a project of the urban young and educated elite saying that it is threatening the workplaces, industries and livelihood of the working class.

Never has it been more important for the political left and trade unions to combine forces to develop a positive vision for how and with what we work in a society that has adapted to the reality of climate change.

New technical solutions will affect the structures of society in multiple ways. With better battery technology, combined with electric cars becoming more common and apps to interlink all electronic devices we use, we might be looking at a future where we are able to use energy much more efficiently than now. The way we move will be revolutionized by different types of new mobility services using open data.

The labor market and industrial production will change as well. The share of traditional industrial labour has steadily decreased in Europe during the past decades. Work will not disappear, but it will change. The leader of the Finnish think tank Sitra put it well, when he described what this change should mean for policy. We should stop talking growth and start talking progress, stop talking wages and start talking income, he said.

The cornerstones of this type of society should be education and research that everyone has equal and continuous access to, a universal basic income, the sharing of labour through shorter working hours, open data systems creating equal possibilities for entrepreneurship and a redefinition of work to include all meaningful and valuable interactions outside the realms of wage labour.

With these words I want to wish you all very welcome to this seminar, I am looking forward to many inspiring discussions about the challenges facing us all 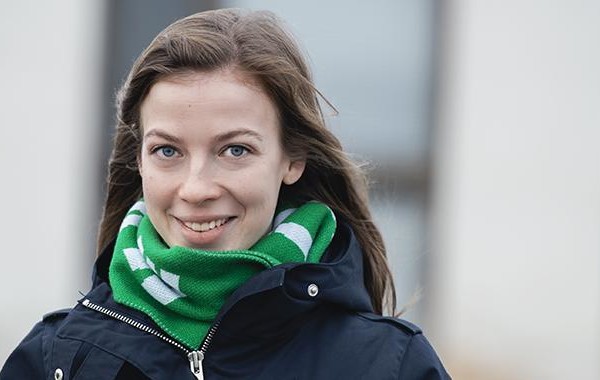 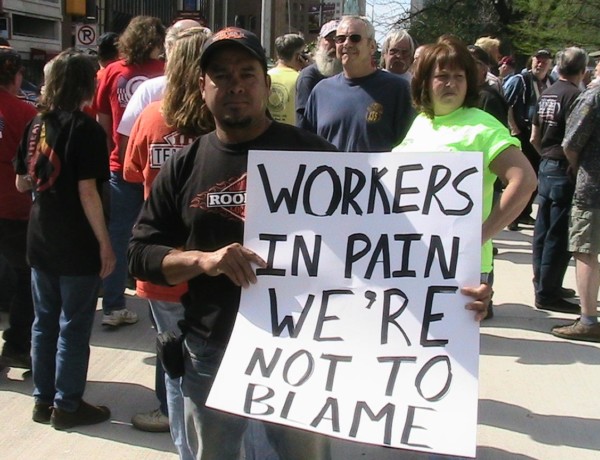 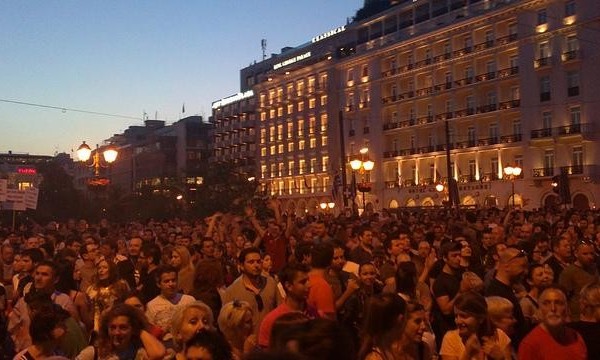